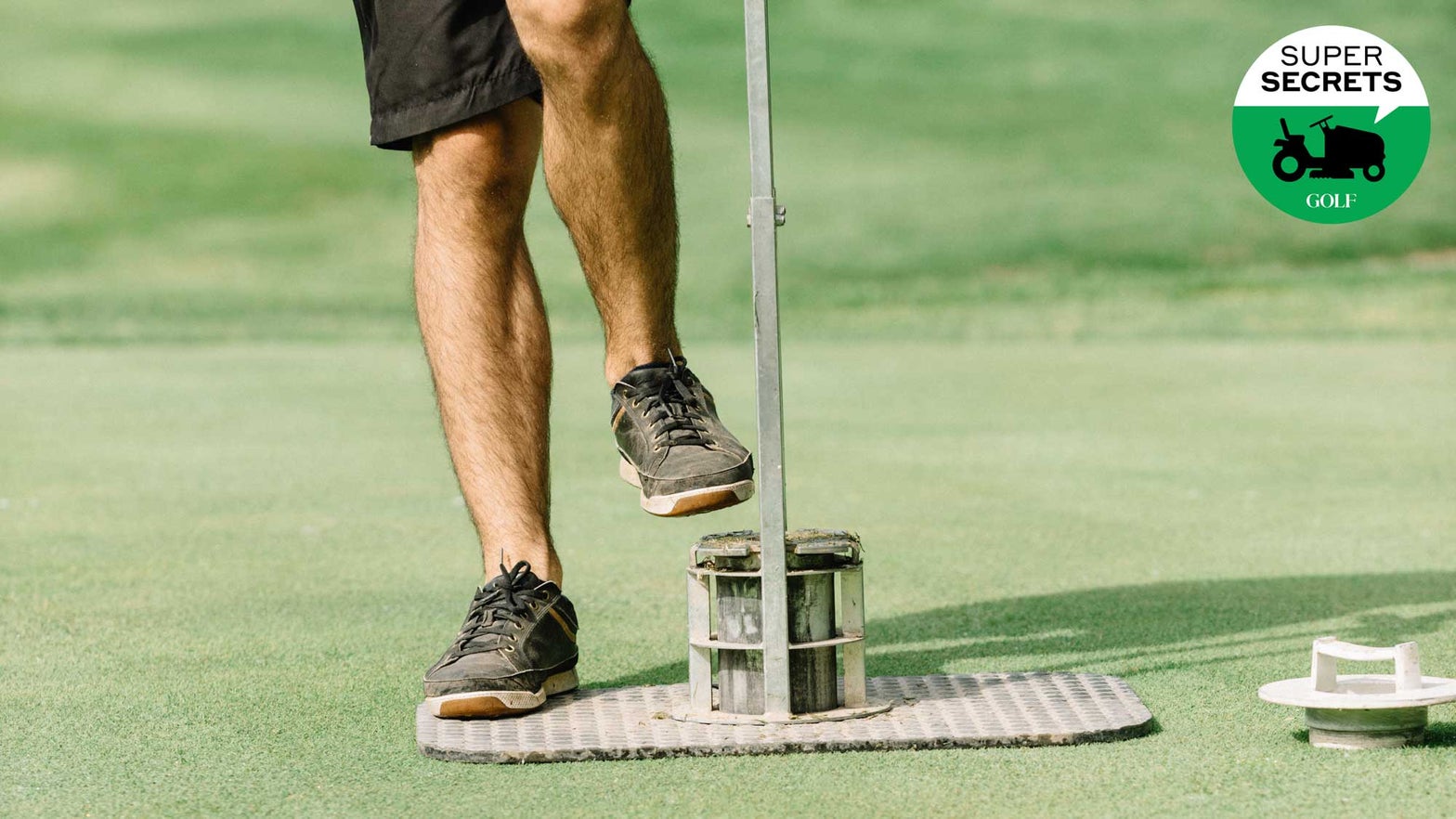 “Illegal” pins? There is no such thing!

Matt Guilfoyle is a supervisor, not a neuroscientist. But in his decades on the job, he’s developed a theory about the human brain.

This transformation causes ordinary people to behave strangely. For example, they scurry about, talk loudly to inanimate objects, play from tips when they can’t crack 90 forward tees, and utter puns like “That’s Purina, Bardy!” Some even engage in behavior that smacks of ignorance of golf course operations.

In addition to his full-time work, at Desert Canyon Golf Club, Arizona, Guilfoil Moonlight stars as co-host of From the Jingweeds, a podcast dedicated to the lawn care trade. We asked him and his podcasting partner, Dan Cutler (also a veteran moderator) to compile a list of things golfers don’t quite get or appreciate about the work they do.

They said it: “There’s no such thing as an ‘illegal’ pin. If it’s green, it’s legal. They may be cut in a hard place, but they can’t all be easy.”

2. These sand bottles are there for a reason

3. Frost delays are a bigger pain for us than they are for you

They said it: “Send us back. We have to rework our schedules. We get bombarded with complaints from golfers. Oh, and for the record, just because you haven’t seen any frost in your house and you can’t see any frost from the clubhouse doesn’t mean we don’t deal with it here.”

4. mid round Basement arrangement is not in our job description

They said it: “Staff shortages are real, and our people have a lot of other things to do.”

5. Speaking of bunkers…they’re supposed to be a risk

They said so: “Depending on the season and type of grass, it can take months for them to heal.”

7. Fix your ball marker and one more It is not a motto that all golfers live by

They said that: “You say that because you’re talking to a supervisor. But if you really did, there wouldn’t be many signs on the green.”

8. We don’t control the weather

They said that: “Do we really need to explain this?”

9. We are not meteorologists either

They said it: “We use the same weather forecast apps as you. We’re also not plumbers, carpenters, electricians, or wildlife removal specialists.

10. You don’t want greens as fast as you think you do

They said it: “Golfers say they want greens fast so they can play greens fast. Thirteen on the Stimpmeter is a recipe for 6 hours.”

They said it: “Running a golf course is a business, and it costs money. Water, fertilizer, labor and materials. So, no: fees for greens shouldn’t be what they were 20 years ago.”

12. “Why is it just the cart track? Your hardware is right there.”

They said so: “Because we know where the wetlands are. And there are only a few of us, not hundreds of chariots driving randomly everywhere.

13. Getting out before first tee time causes all kinds of headaches

They said that: “It messes with our upkeep. And then, when you pass us, you complain that the greens aren’t cut and the new nails aren’t cut.”

Josh Sens, golf, food and travel writer, has been a contributor to GOLF Magazine since 2004 and now contributes across all GOLF platforms. His work has been anthologized in Best American Sports Writing. He is also the co-author, with Sami Hagar, of Have Any Fun Yet: The Cooking & Partying Handbook.