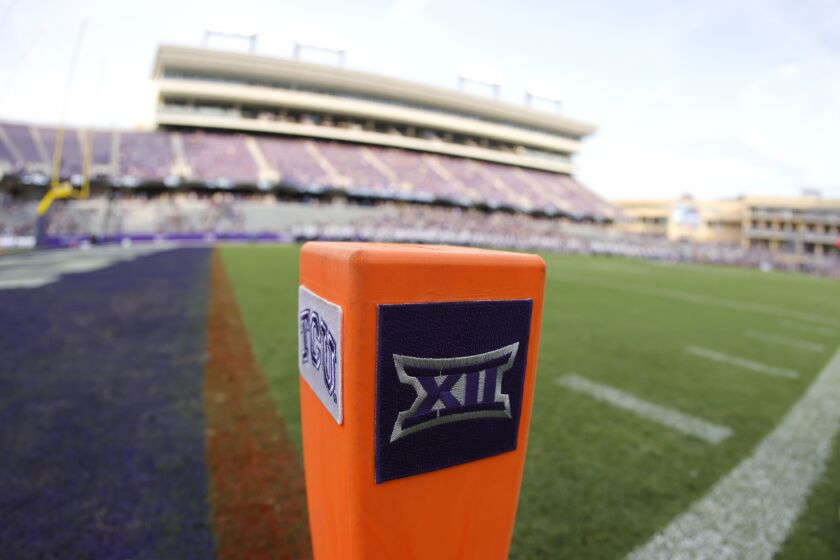 BYU has about 230 days to prepare for the 2023 football season opener as a member of the Big 12 Conference.

It will take a lot of work. Growing pains are expected. Fan expectations need to be calibrated with reality. There is a lot for the program to compete week in and week out against Big 12 opponents.

It took former Mountain West Conference members TCU and Utah nearly a decade in the Big 12 and Pac-12 to recruit enough talent and depth to reach the upper echelons of their respective leagues, with The Horned Frogs reaching the CFP Championship this season. .

I polled former BYU players, asking them if they had a magic wand to wave what the top three things on their wish list would be for Coach Kalani Setaki in the next 200 days.

At the top of the list are resources and better recruiting success. Former cornerback Derwin Gray, who played in BYU’s 1990 win over defending champion Miami, said, “If you get into a water gun fight, you’re going to lose. You need the resources to compete and win.”

This is what they said:

(“I’d also include more solidity up front on both sides of the line; I think the changes they’ve made to defense will do that. They need to put more pressure on.”)

Brian Smith, writing for Fan Nation, which is associated with the University of Central Florida, said the Big 12 newcomers should look at how Georgia is doing to understand the distance between the Bulldogs and TCU’s national championship.

He mentioned important things Georgia did: 1) Spending money. 2) you have a top-notch strength and conditioning program; 3) Hire a great staff. 4) All of the above attract top recruiters.

Well, that’s all true. But Texas has the most money and hasn’t made a CFP. Texas A&M University was ranked #1 in the recruiting class in 2022 and has had a losing record.

The truth is that it takes a lot of resources, talent, many intangibles, momentum and luck. But among all of these, recruiting has to be at the top.

As Dr. Gray said the other day on ESPN 960 AM, “You can’t do without a recruiting coach.”

“If you don’t have good players, you don’t stand a chance,” Georgia coach Kirby Smart told The Athletic.