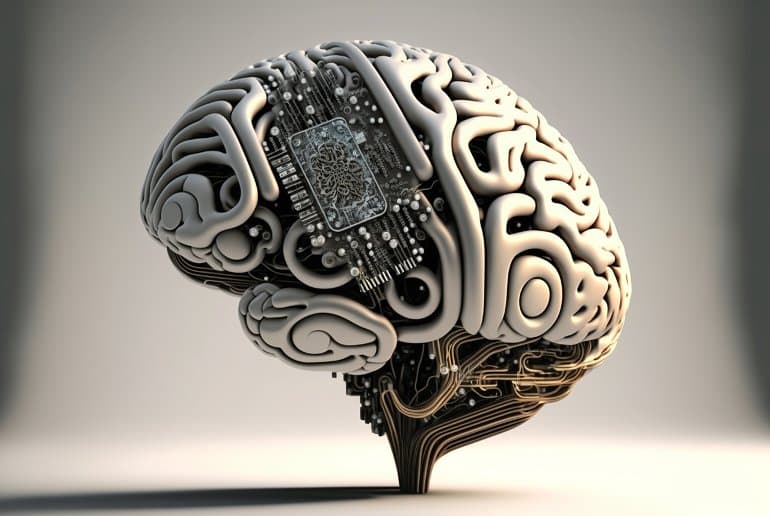 For people with paralysis caused by an injury or neurological disease — such as ALS (also known as Lou Gehrig’s disease), stroke, or spinal cord injury — brain-computer interfaces (BCIs) have the potential to restore connectivity, movement, and independence by transmitting information directly. From the brain to a computer or other assistive technology.

Although implanted brain sensors, the basic component of many brain-computer interfaces, have been used in neuroscience studies with animals for decades and are approved for short-term (less than 30 days) use in humans, the long-term safety of this technology in humans is uncertain. Unknown.

New findings from the prospective, open-label, non-randomised BrainGate feasibility study, the largest and longest running clinical trial of implanted BCIs, indicate that the safety of these sensors is comparable to other chronically implanted neurodevices.

The BrainGate clinical trial is being run by a collaborative consortium of investigators at multiple institutions, including Massachusetts General Hospital (MGH), who are working to develop BCIs for people with paralysis caused by neurological disease or injury.

This new report, which was published in Neurology by a team led by MGH, examined data from 14 adults with tetraparesis (weakness in all four limbs) from spinal cord injury, brainstem stroke, or ALS who were enrolled in the BrainGate trial from 2004 to 2021 through seven clinical sites in the states United.

Participants had one or two arrays of tiny electrodes implanted in the part of the brain responsible for generating the electrical signals that control limb movement. Using these Utah microelectrode arrays, brain signals associated with the intent to move a limb can be sent to a nearby computer that decodes the signal in real time and allows the user to control an external device by simply thinking about moving a part of their body.

The most common adverse event associated with the device was skin irritation around the part of the device that connects the implanted sensor to the external computer system. Importantly, they reported no safety events requiring device removal, no brain or nervous system injuries, and no adverse events that permanently increased disability in relation to the examination device.

“This interim report demonstrates that the experimental neural interface BrainGate system, which is still in ongoing clinical trials, has to date a similar safety profile to many approved implantable neurodevices, such as deep brain stimulators and responsive nerve stimulators,” says the lead author. Daniel Rubin, MD, PhD, a medical researcher in the Center for Neurotechnology and Nerve Recovery (CTNR) in the Department of Neurology at MGH and instructor in neurology at Harvard Medical School.

“Given recent rapid advances in this technology and continued performance gains, these data suggest a favorable risk/benefit ratio in appropriately selected individuals to support ongoing research and development,” says Rubin.

“Although our consortium has published more than 60 articles detailing the ever-increasing ability to harness neural signals for intuitive control of communication and navigation devices, safety is a sine qua non of any potentially useful medical technology,” says Hochberg, who also works He co-directs CNTR, and is a professor of engineering at L.A. University. Herbert Ballou at Brown University, Director of the VA RR&D Center for Neurorehabilitation and Neurotechnology at the VA Providence Healthcare System, and Senior Lecturer in Neurology at Harvard Medical School.

“The extraordinary people who sign up for our ongoing BrainGate clinical trials, and in early trials of any neurotechnology, deserve tremendous recognition. They sign up not for a personal benefit, but because they want to help,” Hochberg says.

Merit Cudkowicz, MD, MA, chief of neurology at MGH, director of the Sean M. Healey & AMD Center for ALS, and Julianne Dorn Professor of Neuroscience at Harvard Medical School, praised the BrainGate study. “Clinical trials of innovative neurotechnologies and BCIs are incredibly exciting, especially for diseases like ALS or spinal cord injuries, for which there is no cure yet,” she says.

“Along with new drug platform trials, our Center for Neurotechnology and Neurodiscovery continues to lead in the direction, implementation, and growth of clinical trials that provide promising new avenues for improving quality of life for people with neurological diseases.”

About this search for neurotechnology news

Background and objectives: Brain computer interfaces (BCIs) are being developed to restore mobility, communication and functional independence to people with paralysis. Although backed by decades of preclinical data, the safety of chronically implanted microelectrode arrays in humans is unknown. We report safety results from the prospective, open-label, non-randomised BrainGate feasibility study (NCT00912041), the largest and longest-running clinical trial of implantable BCI.

Methods: Adults 18-75 years of age with tetraparesis from spinal cord injury, brainstem stroke, or motor neurone disease were enrolled through seven clinical sites in the United States. Participants underwent implantation of one or two arrays of microelectrodes into the motor cortex of the dominant cerebral hemisphere. The primary safety outcome was serious device-related adverse events that required device explanation or resulted in death or permanently increasing disability during the 1-year post-transplant evaluation period. Secondary outcomes include the type and frequency of other adverse events as well as the feasibility of the BrainGate system of computer control or other assistive technologies.

Debate: The BrainGate Neural Interface System has a similar safety record as other chronically implanted medical devices. Given recent rapid developments in this technology and continued performance gains, these data indicate a favorable risk/benefit ratio in appropriately selected individuals to support ongoing research and development.

Classification of evidence: This study provides Category IV evidence that the neurosurgically placed BrainGate Neural Interface System is associated with a lower rate of SAEs defined as those requiring device explanation, resulting in death, or permanently increasing disability within a one-year period after implantation. .