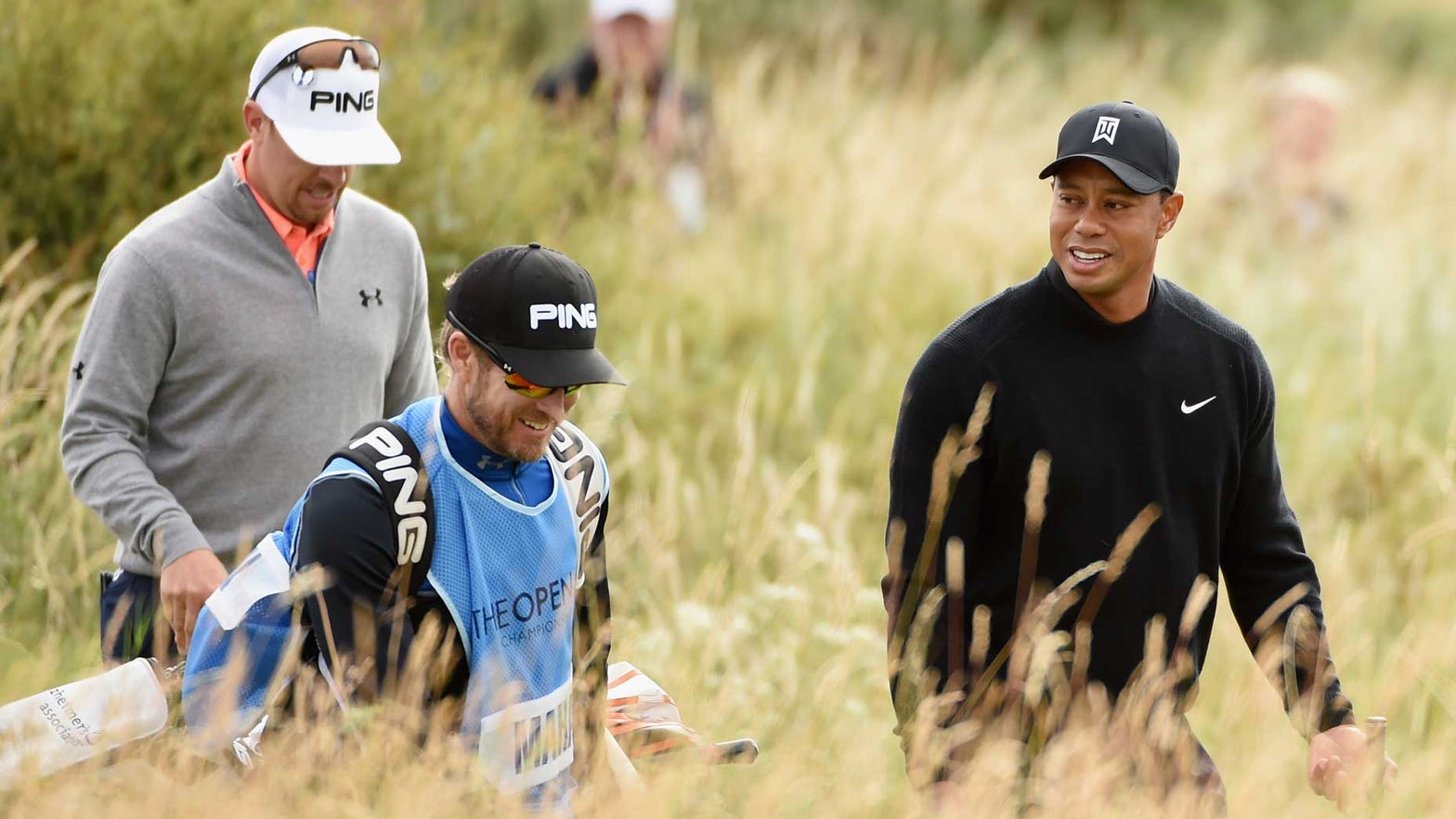 There is a way of Tiger Woods. John Wood says there is a wrong way.

The topic is preparing for the big event, and Wood, as a longtime caddy and current on-course reporter for NBC, is an expert here. He’s watched countless majors and team championships, specifically speaking, eating information, and on a recent episode of Joe book podcast, asked about potential overload.

“Well, Joe, I also talked in the book about how the higher the stakes, basically in the postseason, the more people want to get involved in the numbers and get more specifics,” Verducci began on the podcast, an extension of the book of the same name. . “I’m wondering, John, if you’ve found that in, whether it’s the Ryder Cup or the President’s Cup or especially the majors, has the atmosphere been a little different? And my experience is that the big players tend to deal with those moments in the same way; no Something is changing. The tendency, human nature to make it bigger. We don’t need any more information. So give me an idea of ​​what that looks like, whether it’s a big event or some notable event.”

“It’s very true,” Wood said. “I’ve watched more guys overwork Monday, Tuesday, and Wednesday in a major tournament, and they get to Thursday exhausted. They have nothing left in the tank because they’ve changed their routine. If your routine is what you think is best for you during, as You know, Riviera and Los Angeles, so why is it different when you get to Augusta? You completely change that routine. If you think the right thing to do is what you do in Augusta, then you should do it every week.”

“But when you change everything, you’re telling your body and your mind that this is bigger, and that’s something else than what you normally do. So I think it’s huge as a pack to keep it in the same routine.”

And then, Wood said, there’s the Woods method, and that, of course, helped him in 15 majors.

“The best person on that was Tiger,” Wood said on the podcast. “Tiger, he prepared the exact same way every week. The 7-iron he hit at home in T-shirts and shorts gave just as much attention as the seven-iron he needs to hit in Augusta to win the golf tournament. So when he gets that shot in Augusta, he doesn’t feel with tension; it’s the same feeling. It’s obviously bigger and more powerful, but it’s the same feeling.”

Wood is not finished. He had a story about everything.

It was the 2007 Presidents’ Cup, and Wood was carrying the bag for Hunter Mahan, who was making his debut in the team event. Wood said Mahan brought other members of his team with him.

You may know where this is headed, but stay tuned for the end.

“Monday, Tuesday, Wednesday, it was like they weren’t going to let him get 5 feet away from him,” Wood said on the podcast. “They were on his head the whole time. And I let it go for a few days. He didn’t play well in his first game on Thursday, and I sat with those two guys and I go, you guys are great, you’re doing great, but let’s – why don’t you stand 30 feet and when We need you, if we need you, we’ll call you in. Sure, we’ll call you, you know, during practice.

“But to be there every second, it’s just too much.”

Wood wasn’t the only one to notice.

“The funniest thing about it is that Tiger notices everything,” Wood said on the podcast. You think he’s so lonely and in his own world, but the other day, when Hunter was starting to warm up on Friday, Tiger was hitting balls eight or nine stalls, and I heard, Woody, come over here. So he called me and I went and I went, What’s up?

“And he goes, Did you say such-and-such to stop the F. And I said, yeah, we need a little break. And he goes, good call. So (Tiger), notice everything. It’s incredible.”

Editor’s note: To listen to the podcast, go to: Please click here.

Nick Piastowski is a senior editor at Golf.com and Golf Magazine. In his role, he is responsible for editing, writing and developing stories across the golf space. And when he’s not writing about ways to hit a golf ball farther and straighter, the Milwaukee native probably plays the game, hitting the ball left, right, and short, and drinking cold beer to wash his score. You can reach out to him about any of these topics—his stories, his game, or his beer—at nick.piastowski@golf.com.