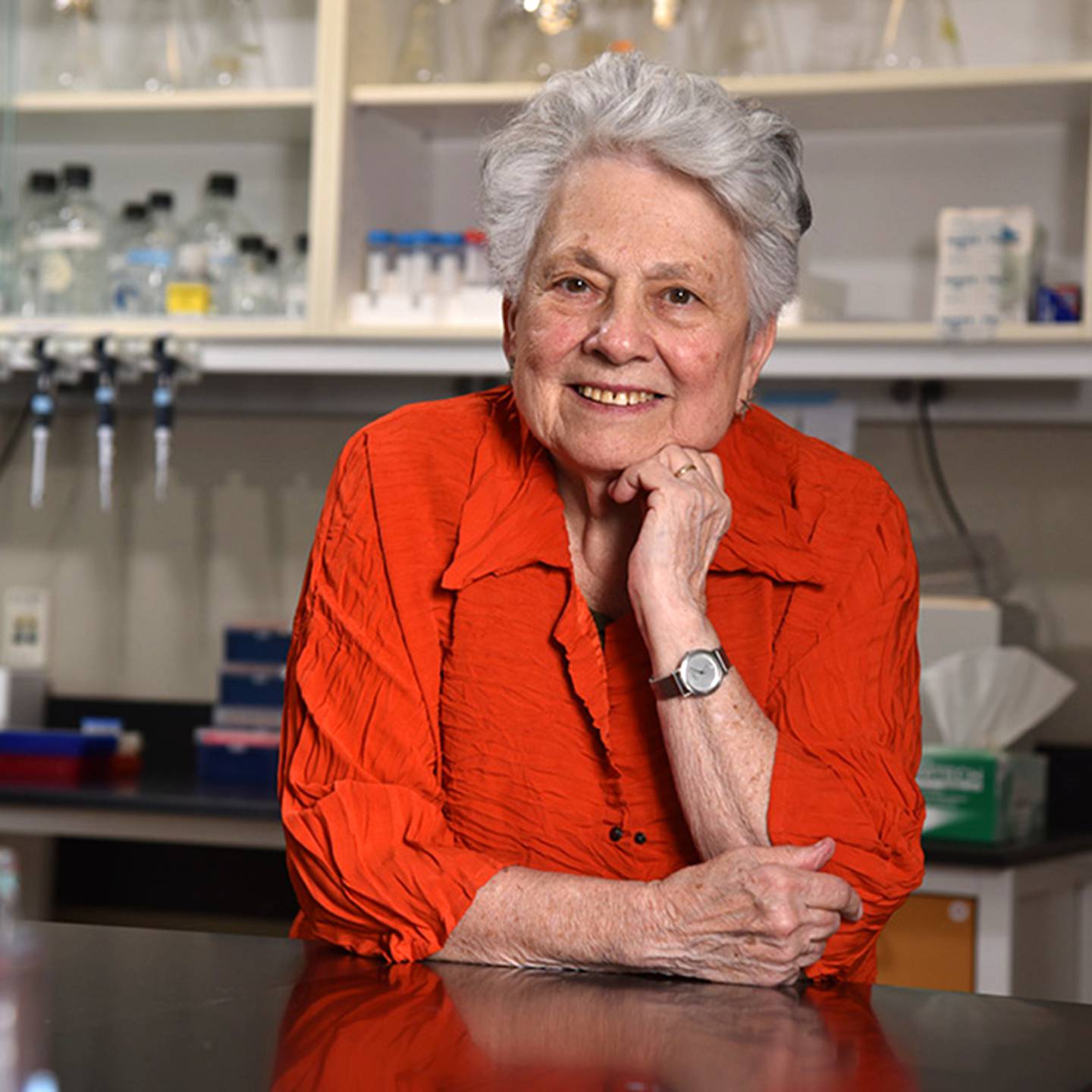 Dr. Barbara Megon, a genetics pioneer who spent more than 60 years working at Johns Hopkins University, died of heart failure at her Rowland Park home on January 14. She was 91 years old.

Megon, who was born Barbara Rubin to Sarah Gettin Rubin and Dr. William Rubin in Rochester, New York on July 31, 1931, became the sixth professor at Hopkins University in 1978 after spending 16 years as a faculty member. She became an emeritus professor of genetic medicine in 2020, and continued to work until her death.

Inspired by English geneticist Mary Lyon, much of Dr. Migeon’s research has focused on X-inactivation, the process by which one of the X chromosomes in female mammals is switched off.

How to get it on and off, that was her life’s work, said her son, Jack Megon, of Seattle, Washington.

The topic has been the focus of several of her scholarly articles, as well as her first book, Mosaic Females, published in 2007.

“Barbara focused on a fundamental biological question that has important implications for health and disease,” said her longtime colleague, Dr. David Vale, professor of genetic medicine at Hopkins. “Until this year, she was working on this problem.”

Valli now leads the university’s doctoral program in human genetics and molecular biology, of which Meghion was founding director in 1978.

[ Jacquelyn Leatherbury Douglass, part of the team behind the giant crab sculpture at BWI, dies ]

The eldest of three children, Mejoon was inspired to enter science by her father, who is a general practitioner, according to her children.

“He was a huge motivator for my mom, he pushed her,” said Nicole Meguin, daughter of Dr. Meguin, of New York City.

Meggoon graduated a year early from Franklin High School in Rochester in 1948, and earned a premedical science degree from Smith College, a private women’s college in Massachusetts, in 1952 before attending medical school at the University at Buffalo, graduating in 1956. Then She headed to Baltimore to complete her residency at Hopkins.

Shortly before her marriage, Dr. Megon worked briefly at Boston Children’s Hospital, then returned to Hopkins where she worked with geneticist Barton Childs.

Georgia Clark Sadler, pioneer of women in the Army and first female instructor at the Naval Academy (note)

Dr. Meigon became a faculty member at Hopkins University in 1962, and set up her own laboratory to study the X chromosome and sex differences in disease. She became a professor of pediatrics in 1978.

As the sixth full professor at Hopkins, Dr. Megon has become a “tremendous resource” for women who have been faculty members in the medical school, Valley said.

“She’s been very supportive of all of our faculty, especially our female faculty,” said Valle, adding that the school has “over 100 female faculty members today.

The struggles faced by fellow physicians and scientists were the subject of her second book, “American Science: My View from the Bench,” published in 2016. The book chronicles decades of development in biomedical science through Migeon’s own eyewitness account.

Outside of her work, Dr. Megon was an avid pottery and glass collector, often attending craft shows and becoming friends with local artisans, her children said.

“She had a great visual sense,” said Nicole Megon, citing her mother’s intuition of appearance and color as her main reason for becoming an architect.

Standing at 5-foot-2, Dr. Megon was “petite and with a big personality,” her daughter said.

Dr. Megon has authored more than 150 research articles and two books, and has become an excellent writer and editor. Jack Megon recalled how when he would hand his high school assignments over to his mother, they would come back covered in red ink.

Her writing prowess translated into her hobbies as well—she was a stage playwright for the Fells Point Corner Theatre, and wrote programs for community theater that she enjoyed.

Among the survivors: her three children, Jacques, Nicole, and Jean-Paul Megon, of Shelburne Falls, Massachusetts; Four grandchildren and several daughters and sons. She was preceded in death by her husband, Dr. Claude Migon, her younger brother, Robert Robin, and her younger sister, Sheila Markhem.

The family plans a memorial service jointly with Hopkins, but details have not been finalized.