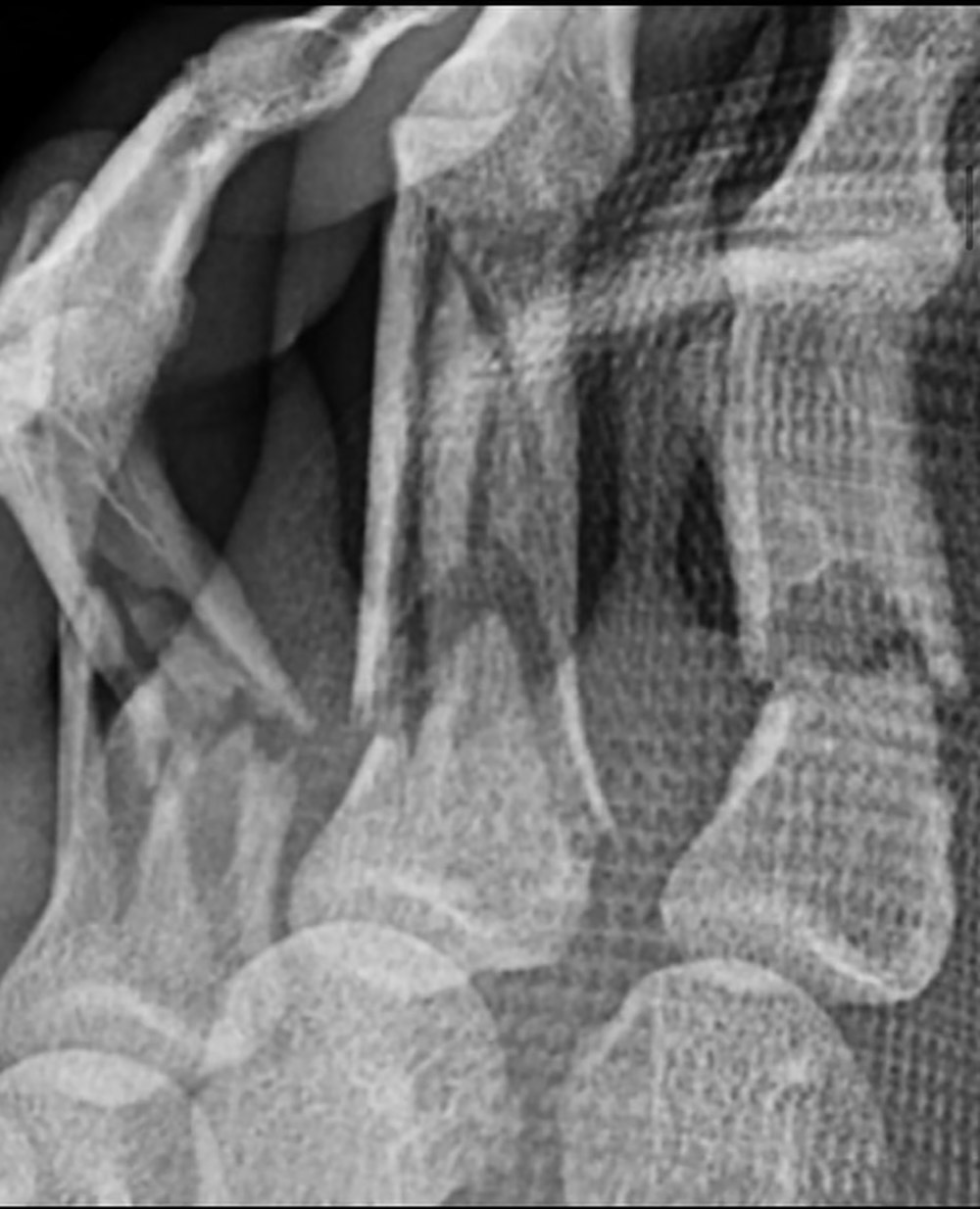 There was more fear than blood on Xavier McKinney when his life changed in the blink of an eye.

No one has a greater appreciation for what the Giants’ playoff game against the Eagles on Saturday night meant than McKinney.

He’s the giant who can still dream of a football commission after surviving a personal hell.

His recent Instagram post showing an X-ray image of the broken fingers on his left hand he suffered after a whimsical Can-Am accident in Cabo San Lucas, Mexico, during his farewell week in early November would have said it all if McKinney hadn’t felt compelled to say More on Wednesday.

I asked McKinney, standing alone on the Giants field home, why he had deployed the dreaded X-ray.

“First and foremost, to show how serious the injury is,” McKinney said. “I don’t think people understood the magnitude of what it was. They didn’t really understand the extent of the breakdown that really happened.

“I think a lot of people didn’t understand that I could actually lose three fingers.

“I almost lost three of my fingers.”

This is what the doctors at the Hospital for Special Surgery told him after the surgery.

“When we were having surgery, the doctor told me afterwards, he wasn’t sure how he was going to be able to put all the pieces back together ’cause there were so many,” McKinney said.

“My fingers were broken.”

He returned wearing cast for a January 1 victory over the Colts that clinched a playoff berth. He had lost seven games of his third season. He said the fact that he knew he could have lost so much more had changed him.

“That’s why I say time is so precious, and everything is precious,” McKinney said. “I try not to take anything for granted.

“It was a life-changing experience for me.

“It was painful for me. I had never seen anything like this with my own eyes. It was different. It made me change my perspective on a lot of things.”

“They were all painful [calls to make]McKinney said.

“It was going through my mind a lot. I was still trying to figure out, ‘Okay, how am I going to get back here for the surgery?’”

It was McKinney’s second time out of the country.

“It was very scary,” McKinney said.

An ambulance took him to a local hospital.

He stayed the night at the resort where he was staying and returned the next morning to New Jersey.

“I had surgery the next day,” McKinney said.

McKinney said the person who was with him during the incident was unharmed.

“You see guys on ATVs doing all kinds of activities every day during the season at any time,” said McKinney. “The way I saw it was how I actually explained it wasn’t just taking anything for granted, not taking life for granted. Obviously things happen, but you have to be able to move on and figure out ways to get over it and get better from there.”

“He was distraught,” said Martindale. “Embarrassed. He was sorry this happened.”

McKinney’s apology was accepted by all. He is one of the 10 Giants captains and one of their most vocal leaders. He’s a budding star who finished off a wild card game by stopping TJ Hockenson before he went down first.

“I’m just trying to tap into a different mindset,” said McKinney. “I think this year was also different because I missed matches, missed matches before [broken foot] my freshman year. Obviously I knew before the games that they were super valuable, that every game was valuable, every game meant a lot. But after that injury, after sitting all that time, I had to really sit down and really think through everything. … I want to continue. I want to reach the ultimate goal.

“I tell myself in my mind, ‘I’m not tired.'” I give each play 110 percent effort every time. … I have to push myself a little bit more, because the stakes are higher now that we’re in qualifying. I know my teammates need me much more than that. I know the defense needs me a lot more… When we’re not on the field, in the locker room, wherever it is, to make sure the energy level goes through the roof, that’s what I try to do.”

McKinney knows how close he comes to being unable to do anything. For not being able to help the Giants chase the Super Bowl.