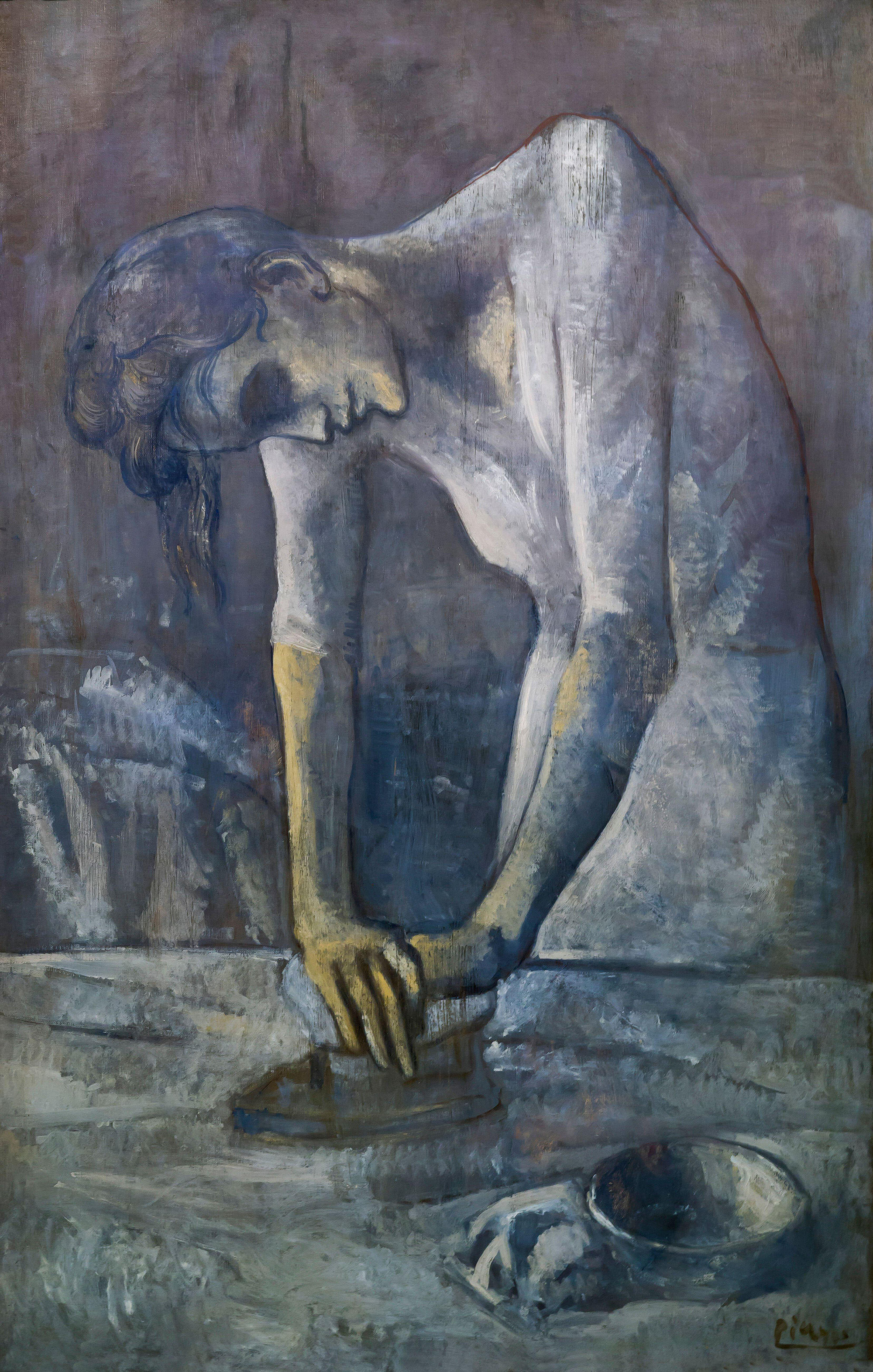 A Pablo Picasso painting valued today at up to $200 million was sold for a song by a Jewish couple desperate to flee the Nazis in 1938 — and now the heirs want it back from the Solomon R. Guggenheim Foundation.

The 1904 piece “Woman Ironing” (La repasseuse) was gifted to the Guggenheim decades ago by the art dealer who paid desperate Carl and Rosie Adler the simple sum of $1,552 to escape the Holocaust, according to a lawsuit filed by Manhattan Supreme Court. . Friday.

Five of the current couple’s heirs argue: “Adler would not have disposed of the painting at the time and price that he did, but because of the Nazi persecution to which he and his family were subjected and will continue to be subjected.” And some of them are great-grandchildren.

“The painting is currently in the wrongful possession of the Guggenheim” and the foundation has refused to relinquish it, the relatives have charged in the legal papers, which seek either the painting or its estimated value of $100 million to $200 million.

Married father of three, Karl Adler was chairman of the largest leather manufacturer in Europe when Adolf Hitler and the Nazis came to power.

He had purchased “Woman Ironing” in 1916, from the then famous Munich gallery owner Heinrich Thannhauser.

“In 1933, the establishment of the Nazi regime in Germany shattered their lives,” the court’s heirs said in court papers, recounting how Hitler swiftly enacted and enforced laws designed to strip Jews of their assets, destroying their social and business lives.

Adler initially discovered Picasso was selling to raise money for the escape, at the time looking for $14,000, according to the lawsuit. That amount was worth about $300,000 today.

It didn’t sell, and by 1937 Jews in Germany, including Adler, were stripped of their jobs by the Nazis. The family fled the country in June 1938, but instead of going straight to Argentina as planned, they were forced to hop around Europe while paying Nazi “flying taxes” and buying expensive short-term visas. In 1940 when they finally made it to South America.

The Adlers needed large sums of cash simply to obtain short-term visas during their exile in Europe. Unable to work, on the run, and not knowing what the future would hold for them, the Adlers had to liquidate what they could to collect as much cash as they could quickly,” according to court papers.

“Thannahauser was buying similar masterpieces from other German Jews who were fleeing Germany and profiting from their plight. Thannhauser was well aware of the plight of Adler and his family, and that, in the absence of Nazi persecution, Adler would never have sold the painting when he made that price,” the heirs alleged in the legal suit. .

“Had Karl and Rosie not fled when they did, they would undoubtedly have suffered an even more tragic fate at the hands of the Nazis,” the suit reads.

Rosie Adler died in 1946 in Buenos Aires at the age of 68, while 85-year-old Carl died in 1957 during a visit to his homeland. Neither Carl nor his children realized they could make a claim for the painting “which they mistakenly believed Tannhauser had lawfully acquired,” the heirs argued.

The great-grandchildren, including California attorney Thomas Bennigson, and about 10 nonprofits named in the will of one of Adler’s children are part of the lawsuit, which cites the 2016 Holocaust Art Recovery Act as the basis for the artwork’s return.

This isn’t the first time Bennigson has gone after his family’s stolen artwork. In 2009, he secured a $6.5 million settlement from a Chicago collector who ended up with Picasso’s 1922 painting “Femme en blanc” (Woman in White), which had belonged to his mother Carlotta—Carl and daughter Rosie.

Thanhauser later emigrated to New York and eventually gifted his art collection, including “Woman Ironing”, to the Guggenheim Museum upon his death in 1976.

The Adler family first contacted the Guggenheim about “Woman Ironing” in 2017, but the foundation refused to return the “unique and irreplaceable” painting, they claimed.

“It is unfair and unconscionable [the Guggenheim] to continue to benefit from the retention of the painting without payment,” according to the suit.

Guggenheim dismissed the claim as “baseless” and said he takes matters of restitution “very seriously”. The museum, which said it had discussed the allegations with the estate’s attorneys for several years, said it had “extensively researched” the painting, and contacted Carl Adler’s son, Eric, in the 1970s to ascertain its provenance. The foundation noted that Eric Adler did not raise any red flags at the time.

“The lawsuit filed yesterday does not relate to a painting that was stolen or seized by the Nazi authorities,” the museum’s statement continued. “Instead, the painting in question was sold by Karl Adler, a German Jew with extensive international business holdings, to Justin Thanhauser, a prominent Jewish art dealer, in late 1938 or early 1939.”