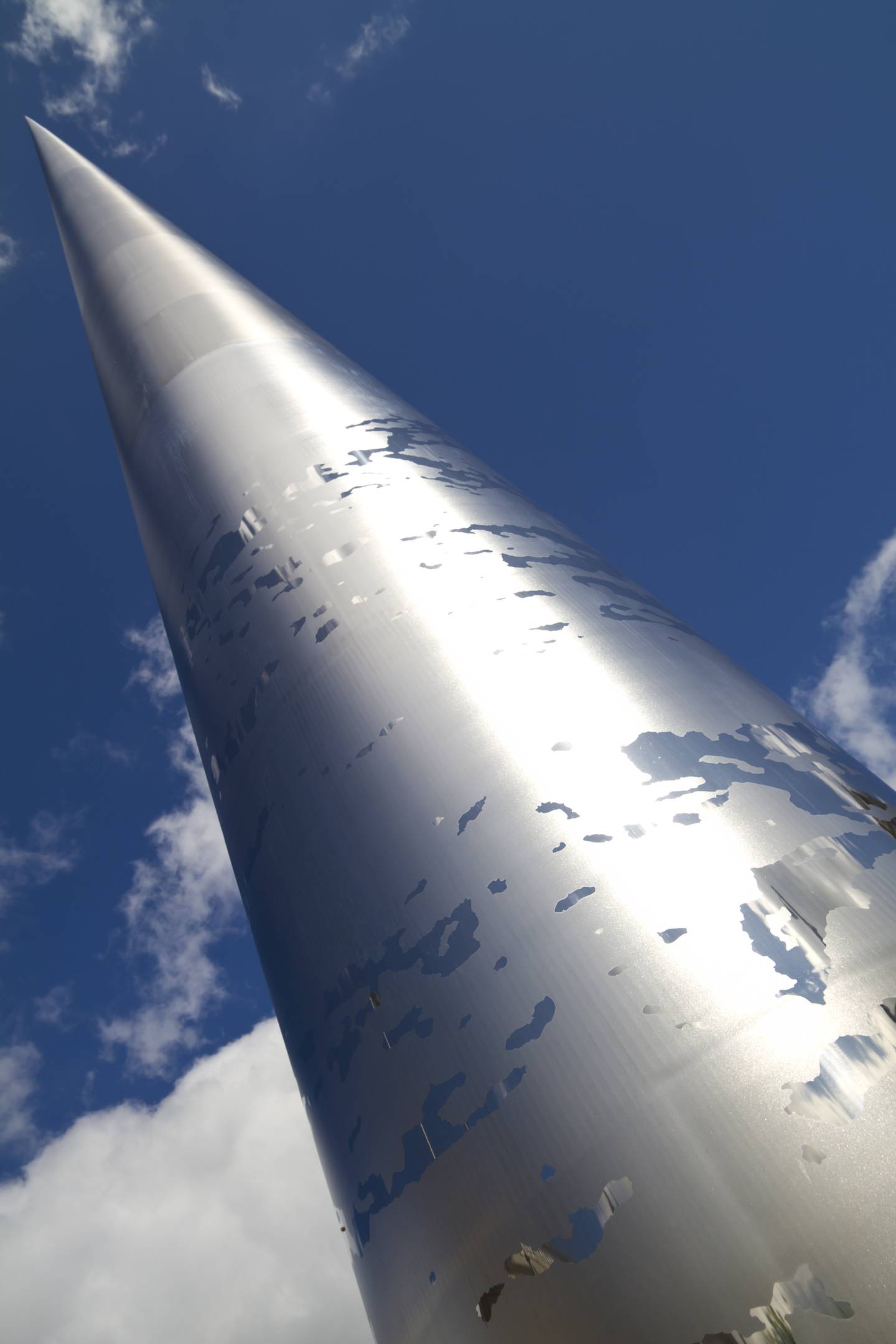 The Spire of Dublin celebrates its 20th year on Friday – which means it’s had enough time to settle in that we can accurately assess its significance.

Nicknamed the Stiletto in the Ghetto and Stiffy by the Liffey, it’s a monument to the endless Irish will to remove anger from things as a form of passive protest. (In modern times, this practice is mainly seen on Irish Twitter upon the death of a member of the British royal family.)

The Spire is a fitting tribute to a country where things sometimes work well and sometimes they don’t, but people resign themselves to them with pessimistic optimism.

Like the Spire, the Eiffel Tower and Sydney Opera House were initially met with derision and resistance to the modern eye-sore clogging the city. Unlike the Eiffel Tower and the Sydney Opera House, the Spire never really became a lovable part of the city’s skyline. No, we’re saving that for a bunch of abandoned red and white stacks. I’ve seen many tattoos of the Poolbeg Towers but none of the Spire.

This is Dublin for you: do you think we’ll be dazzled by your grandiose silver bunting? G’way!

[ Brianna Parkins: Should young Irish people emigrate to Australia? I hate that my answer is yes ]

In fairness, no foreign visitors have ever asked me to take them to the Spire of Dublin. Build it and they’ll come, they say, but in the case of the Spire, you’ll build it and your guests might just stand aimlessly looking at it, wondering why you took them there when you could all be inside a snug McDonald’s down the road.

The top of the Spire, also known as the Monument of Light, is designed to be illuminated at night by LED lights. it’s. But not all the time. Sometimes the light is refracted. Which makes Spire a fitting homage in some ways to a country where things sometimes work well and sometimes not so well, but people resign themselves to it with pessimistic optimism. A kind of patriotic boo “Sure, it’s a pile of shit, but it’s going to be great.”

The Illustrator TwistedDoodles once chirp: “I heard an American tourist talking about Dublin Spire. Is this art? Dublin seems to be giving its finger to the world!”

We are a living, breathing city, not just a destination. It’s our Spire. We know it might be a little gibberish, but that’s the good thing about it. Take it from Mr. Sydney: Beautiful cities with beautiful buildings produce people who aren’t crazy

Yes, and maybe we are. Maybe that’s the whole point. If you want good public transportation, you can tap Germany. If you want a fusion of cuisines in glass skyscrapers, go to London. If you want a beautiful beach, head to Sydney. We are a living, breathing city, not just a destination. It’s our Spire. We know it might be a little gibberish, but that’s the good thing about it. Take it from Mr. Sydney: Beautiful cities with beautiful buildings produce people who aren’t crazy.

[ Brianna Parkins: Hikes and swims are what healthy and happy people do, right? I think it’s the exact opposite ]

We have to leave parts of Dublin as it is: that’s where the magic lies. No more homogenous coffee shops, no more chain stores and no more empty hotel bars. I want to drive leave some parts of Dublin just a little crap.

I don’t want charming little regions selling the same craft brew I can buy in Australia. I want musicians with more facial hair than a human belt to pull off a song about a pretty girl who died of a preventable disease or that the English language was horrible.

I don’t want charming little regions selling the same craft brew I can buy in Australia. I want a dark bar with boys in tweed reading the paper in the middle of the day. I want a waiter who will tell me a story about his grandfather in the War of Independence that may or may not be true. I want a woman I’ve never met who insists she must know her grandson because he went to Australia in 1998. I want musicians with more facial hair than a human belt to come up with a song about a beautiful girl who died of a preventable disease or of Englishmen being terrible.

[ Brianna Parkins: It’s tough living with the feeling you’re not as ‘good at life’ as everyone else ]

If you ask people what they loved most about their trip to Ireland, it’s usually the interactions they had with the people they met — like my parents accidentally crashing a wedding in Kerry, and instead of telling them to get out of the hotel, being handed a bride-cake.

Dublin’s – and Ireland’s – greatest attractions are its people. We need to invest in it. We need to make sure that the people who serve our pints, drive taxis, and drive tour groups can live here. The Spire represents us as a city. We had a rough start, but we’re still hanging in there, giving a finger to those who said we couldn’t make it.

The Spire light will lead the way for the new Keep Dublin a Bit Crap campaign. We just have to make sure it works first.