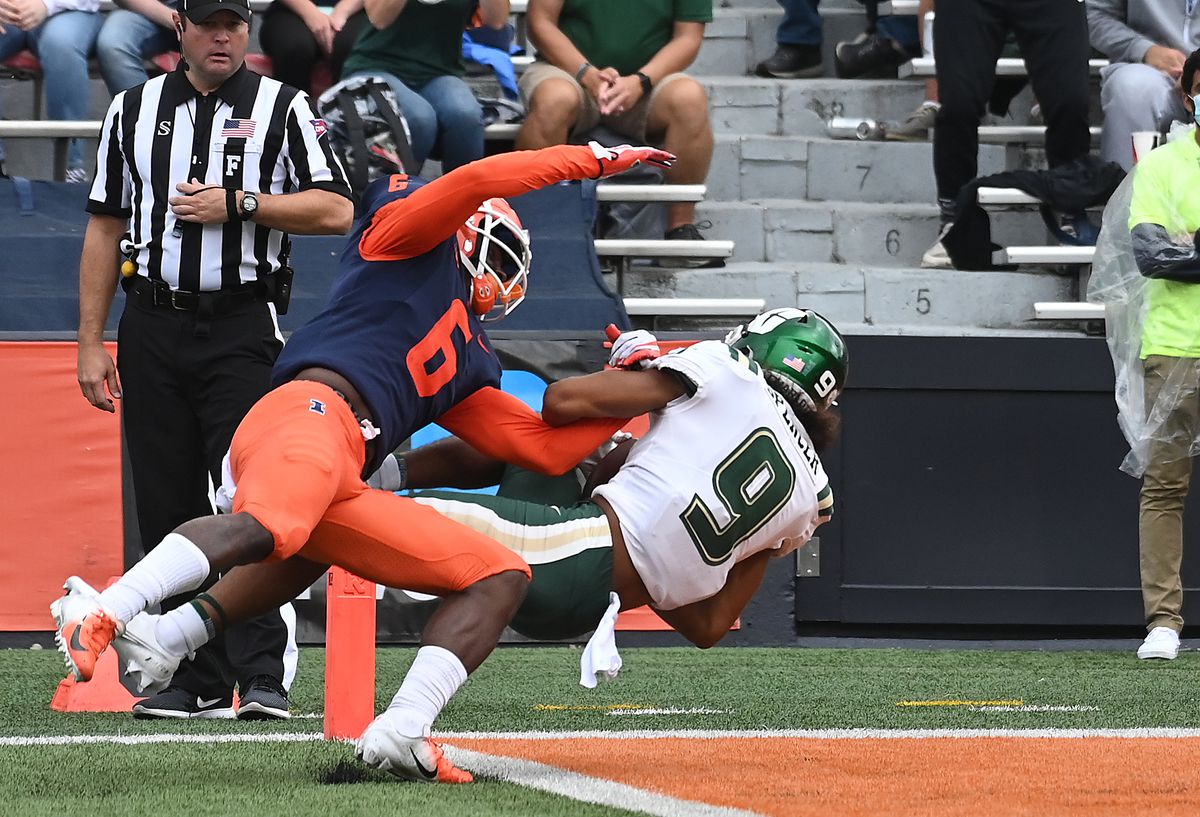 Before arriving on campus for a visit in December, Charlotte wide receiver Elijah Spencer had only interacted with Minnesota head coach PJ Fleck via FaceTime. When the two sat together in Flick’s office for their first face-to-face meeting, Spencer had one question:

“what do you know about me?”

Fleck told this story in his signing-day press conference, and admitted his initial impression of Spencer was based on word of mouth from former Minnesota defensive line coach Marcus West, who spent three seasons as an assistant coach and co-defensive coordinator at Charlotte, and Gina Thompson, Minnesota’s campus recruiting director and alumnus. Charlotte.

“I told him what I knew and what I was TellFlick said in response to Spencer’s question. “But I didn’t really do that Flag It’s because I haven’t tested it yet.”

Gopher fans are in a similar situation. They know Spencer was named Conference USA Freshman of the Year as a true freshman and led the 49ers this season with 57 receptions, 943 yards, and nine touchdowns. But they haven’t seen it for themselves yet.

Spencer will be one of the few new faces to front the Gophers this fall.

There’s also Western Michigan wide receiver Corey Crooms, who has been the Broncos’ leading receiver this season with 57 receptions, 814 yards, and five touchdowns. Shawn Tyler, another transfer from Western Michigan, recently slipped into his commitment from Oklahoma State to Minnesota. He has rushed for over 1,000 yards in each of the past two seasons.

This offseason has always been a transitional period for the Gopher offense. Quarterback Tanner Morgan has finally exhausted his eligibility after starting 47 games over the past five years, and Mohamed Ibrahim is back in the NFL after rewriting his career and club records in one season. Perhaps the last vestige of their era at Minnesota is wide receiver Chris Ottman Bell, who is returning for a seventh year after redshirting.

The biggest loss looms for Ibrahim. He’s been the engine that has driven the Gophers’ offense this season, and Minnesota has often struggled to move the ball when it wasn’t in his hands. Abraham averaged 26.6 rushing yards and 138.8 rushing yards per game, and the latter mark ranked second among all FBS linebackers. The Gophers’ aerial offense pales in comparison to the ground game, ranking 12th nationally in pass attempts and 116th in passing yards per game.

There are those who believe that the Gophers relied too much on Abraham, making crime one-dimensional and allowing other aspects of crime to atrophy. But there are also those who have had no problem turning a single generation of GM into a workhorse.

The discussion at this point is moot, because the truth is that Abraham is gone. This has forced Minnesota to adapt its offensive approach, starting at the wide receiver position.

“We have to be able to be more productive at the wide receiver position,” Flick said on signing day. “We need to make it more competitive in that room.”

With the additions of Spencer and Krums, Minnesota has certainly turned up the heat. The Gophers have not had a 600-yard passing pass in any of the past three seasons. Daniel Jackson this year is close to 37 receptions for 557 yards, and looks set to lead the wide receiver corps alongside Spencer and Krums. Le’Meke Brockington, Dylan Wright, and Chris Autman-Bell will also be in the mix. But even with all the wide receivers back, Fleck clearly knows the status quo won’t cut him next season.

It also helps that the Gophers have a legitimate talent for quarterback. Former four-star prospect Athan Kalekmanis drew attention this season when he saw action in place of an injured Tanner Morgan, first in embarking on a second-half running back against Nebraska and later by throwing for 319 yards and two touchdowns in the contest. win over Wisconsin.

“He’s a very tender athlete,” Flick said of Kalikmanis after the win over Nebraska. “And he’s tall and he can extend the ride. He’s got huge arms and he’s really smart. It’s fun.”

It may be hard for some Gopher fans to believe that the offense is going to look so much different next season. After all, Flick is still the head coach, and his offensive philosophy tends to favor a dominant ground game that can control the clock. But he didn’t recruit Kaliakmanis because of how well he delivered the ball to the running back, and Spencer and Crooms didn’t get out of the transfer gate to back up the Gophers’ run block.

Change is coming. I imagine it was an easy decision to hand the ball over to Mohamed Ibrahim more than 25 times per game because he was the most talented player in attack. With Abraham out the door, the balance of talent has already shifted, and I expect Crime to follow suit.