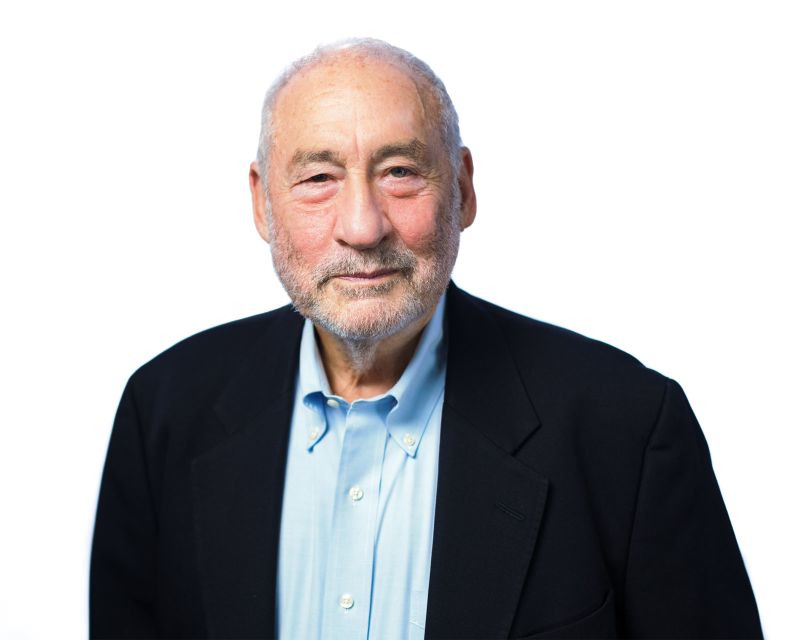 Editor’s note: Joseph E. Stiglitz is a Nobel Prize winner in economics and a professor at Columbia University, and is the co-chair of the Independent Commission on International Corporate Taxation Reform (ICRICT). The opinions expressed in this comment are his own. View more opinion on CNN.

It happened again. Thousands of supporters of former Brazilian President Jair Bolsonaro stormed the country’s government buildings on January 8 in protest of their new sworn-in president. The riot occurred nearly two years after the day after the attack on the Capitol by supporters of outgoing President Donald Trump.

The similarities are striking: the violence and vulgarity of the attacks against democratic institutions and the aim of sowing chaos while claiming to respect law and order. In both cases, political leaders questioned the election results and, in general, the values ​​of democracy.

More than half of the world’s population lives under authoritarian regimes, and movements that clearly question individual and public liberties and encourage xenophobia persist at the ballot box. There are many reasons for this, but among them is an almost universal sense of injustice. Too many citizens around the world are experiencing economic hardship while a segment of the population – the wealthy and the companies they own and control – are doing very well.

As the world faces a decade of crisis, it is time for those who benefit to pay their fair share to help alleviate these injustices. This can be done in part through taxes.

Take, for example, the coronavirus. Three years after the onset of Covid-19, a stark disconnect has emerged between the human toll and the historic profits of many large companies, and the money made by shareholders, who have benefited from a glut of dividends, share buybacks and soaring share prices. . Pharmaceutical giants have made billions of dollars in profits from Covid-19 vaccines, which they would not have been able to develop without university research and government subsidies. And Russia’s war of aggression in Ukraine has allowed energy and food companies to increase profit margins by 256% in 2022 — compared to the average for 2018 to 2021 — even as ordinary families struggle to pay their bills. Shareholders of these companies received $257 billion — or 84% of the windfall — last year alone, according to Oxfam’s report, “Surviving the Rich,” published this week in conjunction with the Davos Forum.

These exorbitant corporate profits are not the result of hard work or sudden creativity. They are the result of the political situation. The war caused energy prices to skyrocket, especially the cost of natural gas. Also, many of the food products produced in the region, such as wheat, became inaccessible, causing food prices to skyrocket. With these high prices came unearned unearned profits. And they must be taxed at a higher rate than companies normally pay.

A well-designed windfall gains tax—which may vary from country to country—can stimulate investment and increase revenue. The revenue will enable countries to fund increased public services – such as health care, education and access to water and sanitation – that can help all citizens, especially the most vulnerable. The tax will also help countries build the infrastructure needed to meet the existential challenge of climate change, such as clean energy services, green transportation, and energy-efficient buildings. Several countries in Europe have already started implementing an unexpected tax.

For the same reasons, it is necessary to tax the rich, some of whom barely get away with paying any tax these days thanks to tax havens, among other strategies. Oxfam says, correctly in my view, that there is something fundamentally wrong with a world system where a man like Elon Musk, one of the richest men in history, is taxed at just 3.3%, while Abir Christine, a poor flour seller in Uganda, is taxed Impose a tax of 40%. It’s an even more shocking loophole than the one Warren Buffett denounced nearly 12 years ago, later explaining that he paid taxes at a lower rate than his secretary. Since 2020, the richest 1% have captured nearly two-thirds of the new wealth.

Making the rich pay their fair share to fund the expansion of rights such as universal access to health care and education is not actually such a radical or even bizarre idea. In the aftermath of World War II, the United States made it one of its main instruments of Reconstruction, establishing one of the highest peacetime marginal tax rates in the world at 91% in 1951, which was then increased to 92% the following year. At the same time, taxes on corporate profits were 50%. Until as recently as 1980, the highest marginal income tax rate on the wealthiest was 70%.

Since then, politicians have systematically lowered every tax that falls on the wealthy, from high income and investment taxes, to estate and corporate taxes, to inheritance taxes, claiming that the entire economy would benefit. As you know the rest, inequality has soared in the United States and countries around the world, working-class wages have stagnated, working conditions have deteriorated, and debt has ballooned. As for the richest, they did well, but they are alone. The same pattern has been repeated around the world, with political consequences we are seeing in action.

With the inflation crisis, it is impossible to continue avoiding discussion. As we at the Independent Commission on Reform of International Corporate Taxation (ICRICT) believe, progressive taxation – making those with broad shoulders really pay their fair share – is one of the most powerful tools for reducing inequality and building more resilient and inclusive societies. To reject this solution is to force states to put in place austerity programmes, cutting public services and retirement benefits. This is a recipe for much greater chaos than what we saw in Washington, D.C., and Brasilia. This is a very heavy price for the world to pay.