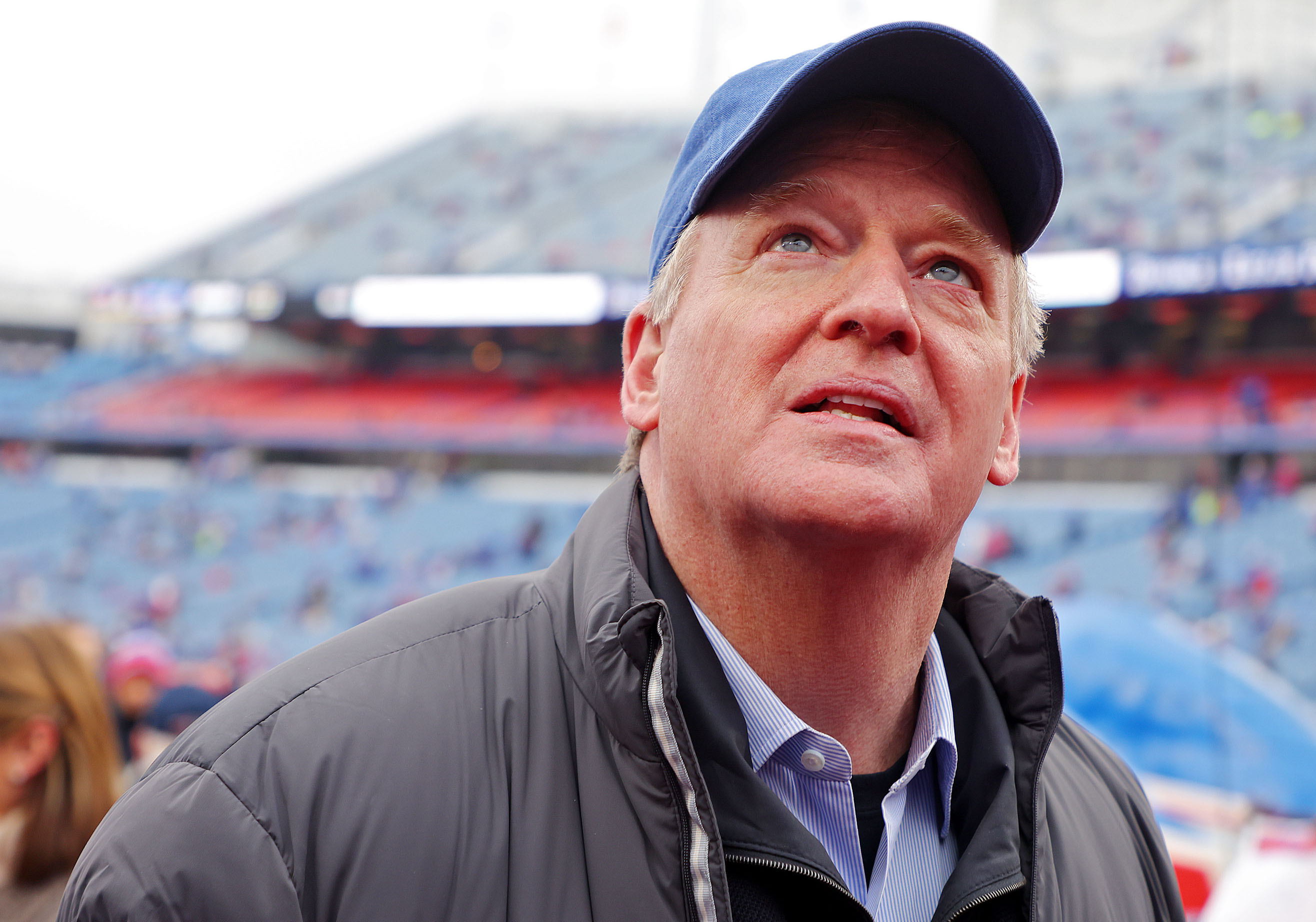 According to Greg Olsen, Fox’s last unhandled Snake, the key to the Giants’ victory on Sunday was the Vikings’ inability to establish “fast lane safety.” Think food.

Six NFL playoffs since we last met, friends, and we hold these facts to be axiomatic:

The overwhelming commercial message over the telecast was to bet, bet, bet, bet, and then bet some more. Bet with both fists, every match, every match. Parlays, Prop, and Free First Bets (read the fine print in small TV print).

Bet on paid cheerleading for rich celebrities, from the Fab Four Manning Football Family to Kevin Hart, Wayne Gretzky and Jamie Foxx, all enriched by enticing most young males to invest their money – all major credit cards accepted! – In a business based on investors losing their money, and then anything else that befalls them as a result.

As for Roger Goodell, the $64 million per class pseudo-president who serves as a financial front for team owners and the NFL’s selective pseudo-public conscience, selections from his past convictions about legitimate sports gambling:

“Simply put, we don’t want our games to be used as bait to sell gambling; it threatens the character of team sports. Our sports embody our finest traditions and values. They represent clean, healthy competition. They represent teamwork. And to succeed through preparation and honest effort.”

“With sports gambling, our games instead represent quick money, a quick fix, and the desire to get something for nothing. Legalized sports gambling will change – for the worse – what our games stand for and the way they are perceived, amplifying the ongoing risks of corruption and scandal.”

My favorite: “Our players cannot be expected to set healthy role models for young people if they are made to work as participants in gambling ventures. Legalized sports gambling sends an unfortunate message to our youth that ‘anything goes’ when it comes to raising revenue…we can as well legalize any activity, sponsoring and promoting it so that the state can “carve it out.”

But with the states so reliant on vice and legal sports gambling, Goodell & Associates decided to “take their share,” be it through licensing – the NFL sold its logo to three gambling operations to bolster their stature – TV revenue (ratings and commercial), and now ADD Betting booths at NFL stadiums.

A cry for the children, Roger? Cry to me river, you phony house count of four.

After the gambling announcements (and Minnesota’s inability to establish “rush lane safety”) the dominant theme of the six playoff games was the replay rule, now with the sudden addition of an “expedited replay review” to more quickly provide a second opinion, right or wrong.

Five out of the six playoffs — Giants-Vikes, the exception — had the football stripped down to undergo a closer scrutiny of what just happened, allowing TV to cut more gambling advertisements.

What the late George Young, who joined the NFL office after patching the Giants, introduced in a fattening file that read “The Monster Grows” — additions and corrections to the “instant” replay rules — now makes games bound by long, unintentional delays and checks to reach negotiable rulings. For discussion.

Such matters were never such a controversial issue during those years when many of us became football fans. As crazy as it sounds, we are used to running football games to watch football matches, not to delay replay decisions or for the sole access to keep track of our gambling action. But you can’t stand in the way of progress.

Mahir Butt attempted coverage that nearly got blown up by ESPN

For those six games, the TV coverage, especially with the networks’ top crews on board, was what we’d come to expect: carelessness, a startling ignorance of the ongoing conditions.

By the time the Cowboys, Monday night, defeated the Boss, 31-14, there was only one thing left to see: With Dallas trailing the score 30-7, would Bret Maher miss his unfathomable fifth extra point of the game.

Had the terrorists invaded ESPN’s truck, they would have stopped to gag and blindfold the crew first to see if Maher made the kick. Because of the loud yelling, both my sister-in-law and Stephen A. Smith had paused to watch.

On the three TD replays leading up to the PAT, ESPN almost missed it because the ball was in the air and through the uprights.

Then ESPN blew its coverage of the worrisome and all too familiar — both teams gathered solemnly about the exposed, immobile victim — the Bucs’ WR Russell Gage injury. When Gage was finally stretched from the field, ESPN was in the commercials.

That would have been forgiven if ESPN had shown it on tape. Was Gage moving? Conscious? ESPN showed us nothing.

After San Francisco’s Christian McCaffrey broke a long run, a close-up of Fox showed his eyes looking up, apparently at the large video screen inside the stadium to search for the nearest Seattle defender. good injury. Naturally, Daryl “Moose” Johnston was too busy talking to notice.

But given that it was preceded by Johnston by three hours, I’ll side with reader Peter Dodd: “It’s nice not to have some foolishness explaining every play down to the last detail in an attempt to show how clever he is in modern football talk.”

Then the Giants beat the Vikes, all game, by passing back, with little action. But Olsen talks so much, how can he remember the “most important thing”?

Then there was Olsen’s assessment of free agent Kenny Golladay’s $72 million signing from the Giants, calling him “a little disappointing.” And Lizzie Borden was “a little weirdo”.

Fox’s “Next Generation Statistics” did not bode well for any generation as they noted that Daniel Jones had run “23 more yards than expected”. expect who? Calvin’s “addition and division” calculator?

After Bengals Sam Hubbard’s 98-yard fumble return, NBC’s Mike Tirico calmed himself down for his catch: “One of the longest plays by comebacks in playoff history!”

As Ray Goulding of Bob Wray’s old radio comedy team put it, “George Washington was one of our first presidents.”

The Networks are missing out on the NFL’s ugliest behavior

As for those six matches, well, now professionalism is completely optional, a matter of random personal choice, nothing higher. Almost every game has had at least one episode of players doing their best/worst to get misbehaved.

In the first half of the Dolphins-Bills game, a multiplayer battle ensues with Bills players in the thick of trouble wearing Goodell’s “Choose Love” social message helmets.

A multiplayer scene erupted after the Seahawks’ DB Jonathan Abram followed a tackle on Deebo Samuel by slashing his previously injured leg—a play and point that Fox missed on first because she snapped the crowd’s last stupid shot.

And in another “Thoughts and Invitations,” “This Sets It All Straight” In homage to Hamlin’s near-death episode of destruction on the field, Niners DB Jimmie Ward only had to tap Seahawks QB Geno Smith to give the Niners a 14-13 run lead. Instead, he attempts to decapitate him with an unguided helmet-first missile.

And so the half ended with Seattle, 16-14, kicking a field goal on the final play after a stray 15-yard catch against a 31-year-old college guy. Viewers were once again left without even bets wondering how what they just saw in a professional football playoff game could happen.