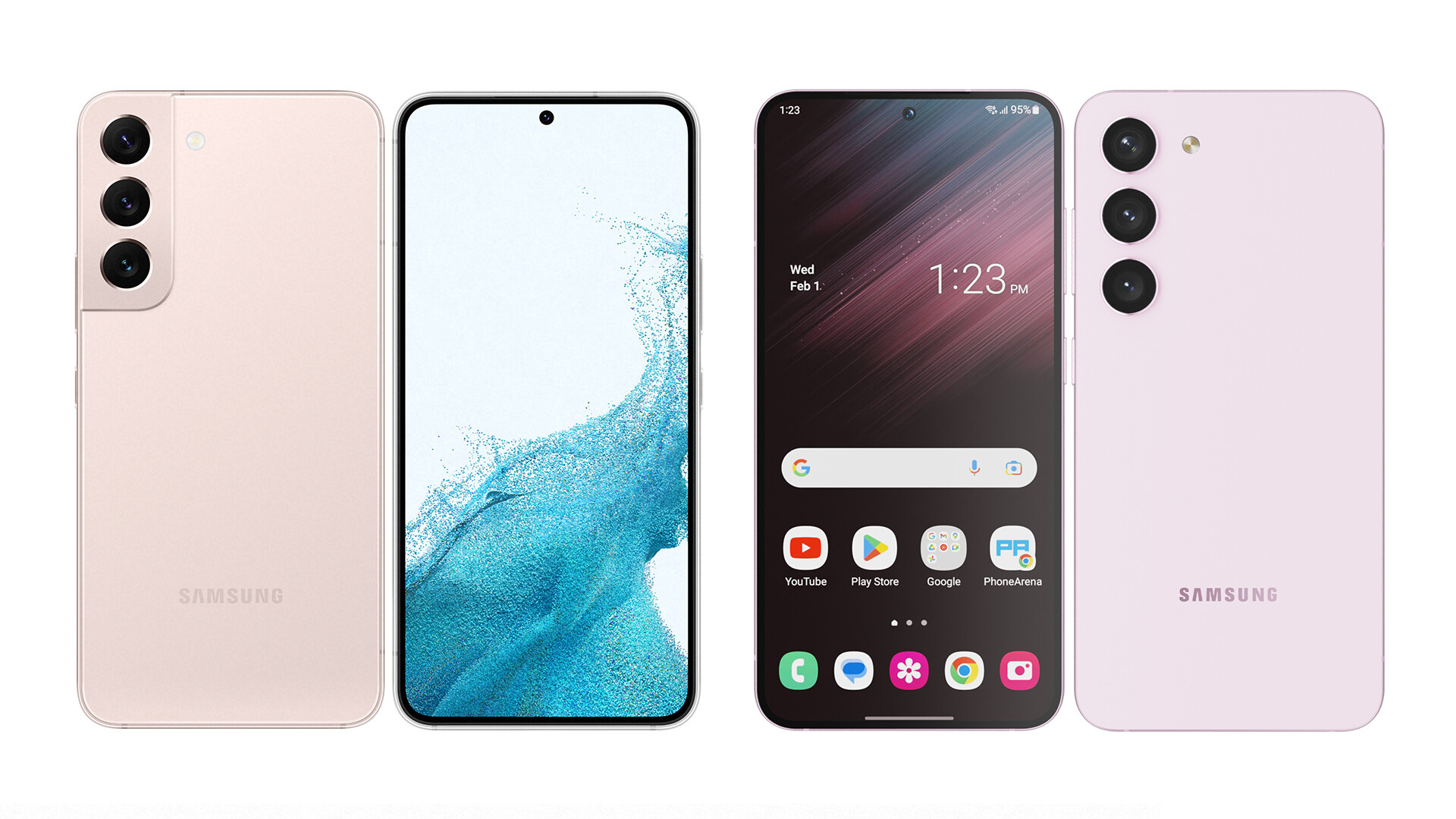 There’s less than two weeks left until the official unveiling of the Galaxy S23, S23+, and S23 Ultra (February 1, save the date), and, to no one’s surprise, we continue to receive official renders of the recently leaked phones.

Well, one of those official renders seems to have sparked what phone nerds are calling a “cry” on Twitter. The image shows a side view of the new Samsung Galaxy S23, which reminds us strongly of the iPhone 14 Pro marketing material we saw last fall when Apple’s flagship phones were unveiled.

In fact, it’s not just the way the Galaxy S23 is placed inside the photo, but also how the phone’s shiny aluminum frame gives off a glow similar to the iPhone 14 Pro, with muted but excellent-looking colors. in all fairness,

I wouldn’t pay that much attention, if it weren’t for two things:

However, this story is not based solely on this marketing image. Instead, let’s talk about Samsung’s strange (possibly one-sided) “love-hate” relationship with Apple and the iPhone. I’d also like to give some time to the actual aesthetic of the new Galaxy S23 and S23 phones — as it turns out, many Twitter users find it a bit “bland,” and while I really like some aspects of Samsung’s design, I think I can see why some Android users will be disappointed…

The design of the Galaxy S23 shows that Samsung has firmly taken Apple’s “slow innovation” idea; Forget about Android competition

As someone who does everything I do (we’re not sure yet) for a living, it’s not hard to see that Samsung has been mimicking Apple’s “upgrade incremental” strategy for 2-3 years now. And as I’ve shared in recent stories, I actually find this to be the right move, as it gives the South Korean company enough time to pay particular attention to certain details of the user experience and successfully deliver its flagship Galaxy models (which Samsung has had for a few years now).

However, what I definitely don’t mean is that Samsung should put itself in the “Apple box” and give us phones that are almost identical in appearance for 2-3 years in a row. Before you ask, yes, Apple can (and does) get away with it, but that’s only because the iPhone is the only phone in the world with iOS.

On the other hand, Samsung competes with a ton of other Android phone makers, and lately, some of them seem to be getting really good at… design.

As I said before, phone buyers mostly choose with their eyes, and so this aspect of phones might be a lot more important than some might think:

Now, I didn’t bring up the aforementioned examples of design (Pixel, Nothing Phone, Xiaomi) for no reason — as I eluded, these are all phones/designs that the general public seems to love and often praise on social media. It’s eye-catching, but it also stands out in very different ways … Meanwhile, the new Galaxy S23 series of phones looks almost identical to its predecessors – if not more refined, at least if we look at the successor to Samsung’s new flagship.

Another topic discussed on Twitter is why Samsung isn’t “afraid” to make its flagship phones look like their mid-range devices, and while that might be good news for those who buy affordable Galaxy phones, I can see why Samsung fans want the company to differentiate the “S” series. which cost $1,000 over the $300-$500 Series “A” series.

The Galaxy S23 and A54 are expected to look almost identical not only from the back but also from the front. Again, great news for those looking to get their hands on the Galaxy A54, but perhaps there is something to make users willing to spend more feel less “special”.

Even after the official introduction, I don’t find it very good (Galaxy S23 design). It lacks personality and the S22’s almost perfect design had a strong personality and was unique. An unnecessary change, in my opinion. Now that nice design (for the S22) is getting old…it wasn’t worth it. Twitter

This is Series A (see photo above). They’re slowly killing the S series/making it more like the A series to really push the Z series as the premium flagship. Twitter

However… the same Samsung that has been mimicking Apple’s strategy of “safe but slow” upgrades for the past 2-3 years openly maintains the Cupertino “cynic” for being “less adventurous/creative” (I know it sounds like I’m going off topic here, but stick with me)… We’ve all seen the rather annoying Samsung ads that paint the iPhone as a phone for “essential” people (iPhone = boring). But now, I feel like I need to ask the people involved. Designed and marketed at Samsung…

time is over! Galaxy S24 should bring an exciting new look (highly recommend); Samsung might want to stop “mocking” Apple and focus on itself (completely optional)

Anyway, I’m not writing this story to teach Samsung a lesson (why I’d be able to teach anything to a gasoline-worthy company anyway), but to try and speak to what many other Samsung users are already discussing on social media…

For a little more specifics, I think the Galaxy S23 and S23+ would be some of the best looking phones on the market…from the front! This is thanks to Samsung’s use of symmetrical borders (rumored to be thinner this year) and a small cutout for the selfie camera that makes the iPhone’s “dynamic island” look like a dynamic … subcontinent (coming from an iPhone 14 Pro / Pixel 7 Pro user).

But just as there are no two opinions on the fact that the new Galaxy S23 will look much cleaner than the iPhone 14 Pro from the front, the general consensus online seems to be that the S23 phones come across as pretty bland and unexciting when photographed next to a Pixel 7, Nothing Phone, or even OnePlus. 11 (which brings great camera power).

As always, whether you agree or disagree with my feedback, the comments section is open! Would you like Samsung to get a little bolder when it comes to the aesthetics of the new phones, and how do you feel about the theme of “mocking the competition”?