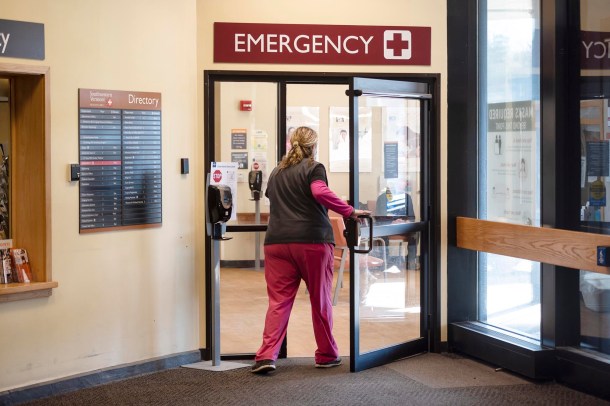 The mid-year administrative budget adjustment that soaks up the first weeks of each Vermont legislative session typically includes requests to transfer funds between programs already in place. It usually takes a hospital several years to launch a new service.

Those standards have been turned upside down this year. In a budget adjustment package released late last week, Governor Phil Scott’s administration requested approval to reallocate $9.25 million from this year’s budget to support the rapid development of the inpatient youth psychiatric unit at Southwestern Vermont Medical Center.

However, Bennington Hospital has yet to commit to the project. Officials with the Vermont Department of Mental Health now say they’d like to see legislative language expanded to allow the money to go elsewhere if SVMC leadership decides not to move forward.

“We know there is a need and we don’t have the capacity right now,” Adam Grishin, commissioner of the Vermont Department of Finance and Administration, told the House Appropriations Committee on Friday.

The project involves renovating an existing hospital wing at Southwestern Vermont Medical Center, so it will likely open faster than a project involving a new building, Grishin said, adding that the goal is to have beds available by January 1, 2024. “This is in adjusting the budget to try to keep The momentum continues.

If lawmakers approve the money request as part of a budget amendment, the money will be available to the hospital during the current fiscal year, before next year’s budget begins on July 1.

Lawmakers and even hospital leaders are skeptical about the possibility of such a rapid spread. But no one questions the need.

On average, half a dozen children and their caregivers are on their second day of waiting in emergency departments across the state for inpatient mental health care. That number, from a weekly survey by the Vermont Association of Hospitals and Health Systems, has been steady over the past two years.

A broader study tracking the number of patients — adults and young adults — in hospital emergency departments who seek mental health care is due in the legislature next week. Last year’s edition, looking at hospital discharges for the year prior to September 30, 2021, found that there were 1,438 young adults during that period, with an average stay of two days.

The big hole in the system right now is precisely the lack of inpatient beds for young adults within a medical setting, Emily Hughes, commissioner of Vermont’s Department of Mental Health, told the House Appropriations Committee on Tuesday.

Right now, the Brattleboro Retreat is the only facility dedicated to providing emergency psychiatric care to young people, but it’s not equipped to serve patients who “also have complex medical needs,” Hughes said.

Complex medical needs may mean conditions such as pregnancy, type 1 diabetes, epilepsy, developmental disabilities, or acute issues such as wounds from self-harm or severe dehydration that can accompany an eating disorder. Young people in mental crisis with additional medical needs such as these currently reside in hospitals, often in emergency departments, a situation that makes it difficult to provide needed mental health care.

The division has been actively seeking a partner in opening a facility since last February. UVM Health Network initially showed interest in adding the service at its Children’s Hospital in Burlington, but relented after it paused all new construction due to a large annual budget shortfall.

Southwestern Vermont Medical Center indicated its interest after the department issued a second request for proposals in June for up to 12 youth psychiatric beds and approved a feasibility study for the new service, said Jim Tremarchi, director of planning for Bennington Hospital.

“We’re excited about that, and we’re pleased that Governor Scott has recognized the challenge and is taking the budget steps forward,” said Trimarchi. However, regarding the project, “It’s actually very early days.”

Bennington County’s United Counseling Service, the designated social and mental health services agency for the area, has discussed the project with leadership at the hospital, executive director Lorna Mattern said via email. She wrote that the agency already works with hospital staff on a daily basis to address the psychological needs of patients there and has agreed to cooperate in providing inpatient staff.

Trimarchi said the feasibility study should be completed in late March. The next steps will be approval of the project by the hospital’s board of directors as well as the Green Mountain Care Board, the government’s regulatory body for hospitals, through the issuance of a “Certificate of Need.”

A January 2024 opening may be achievable from a pure construction standpoint if there are no major supply chain issues, he said, but “I don’t want to get ahead of our board and other regulators.”

Regulatory issues were also on the minds of lawmakers. There is no requirement for a Certificate of Need on file for the project, according to the Care board website.

Removing that hurdle in and of itself could propel the project into the next budget cycle, MP Robin Shaw, D-Middlebury, told the committee during Gretchen’s testimony. “We appreciate you fitting in with her,” she said, “but we’ll have to know what’s possible or if anything gets in the way.”

Nicole Destasio, director of policy for the Vermont Department of Mental Health, said in an email that officials plan to work with lawmakers to make the designation language less specific to Southwest Vermont Medical Center. She said that if the hospital decides to reject the project, the administration will likely re-issue the RFP for the third time.

But Destasio said the department would still like to see money from this year’s budget revision earmarked for that purpose. Funding for the US Federal Rescue Plan has offset the need for a significant amount of government spending this fiscal year and the year before, providing an opportunity to invest in helping bring the hospital’s young inpatient psychiatric unit into service.

“There is an ongoing need to be able to serve this population of young people in the country, especially those with concurrent medical needs that require a connection to hospital premises,” said Destasio.