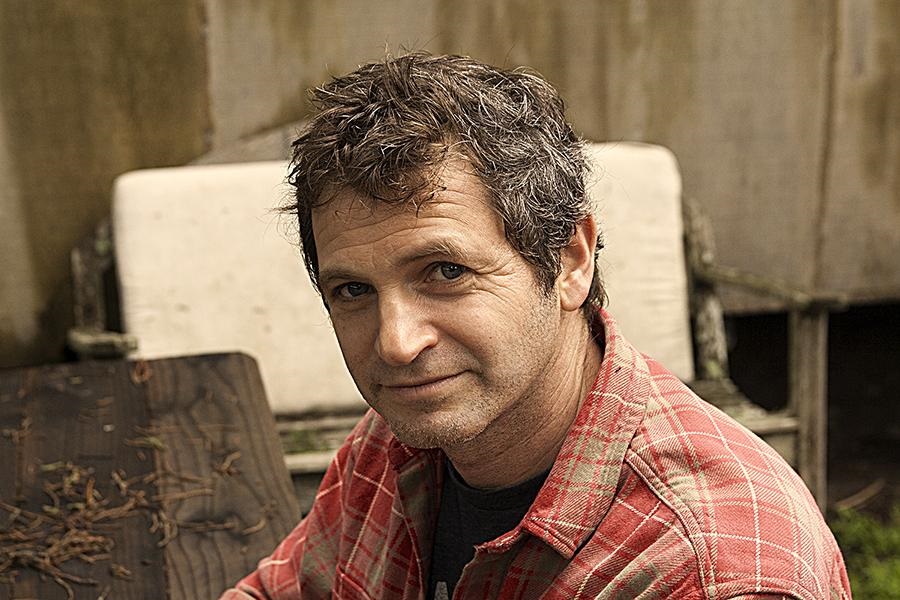 “I miss Charlie’s Cafe in Presita Park. “I miss walking the streets of Bernal Heights and the Mission,” said the former San Francisco State University professor and author of seven books. He’s speaking via Zoom from his office at Dartmouth College, where a hundred books are willingly stacked on a bench behind him, from bottom to top, unfathomable titles.

Four years ago, Orner moved to Vermont to become Chair of the Creative Writing Department at Dartmouth. “I miss the ocean,” he adds.

Orner’s nostalgia rings out on a familiar note; Longing for lost time fills every page of his second nonfiction collection, Still No Word From You: Notes in the Margin, published in October. The book collects 107 vignettes that are part reader’s diary and part, as he puts it, “a reluctant diary.” It is a meditation on storytelling by a wide-ranging thinker and reader, an exploration of Orner’s past, generations of family history and the many imaginary people swirling around his mind.

In the editorial, Orner, in kindergarten, watches his mother wash dishes in the family’s Chicago home while Nixon resigns on television. She stops abruptly, her hands sink in, and looks out the window: “She hasn’t left Hazel Avenue, with my brother and me, for almost another decade. But I know I read something in her eyes. As if she had already taken off,” he writes.

On the next page, another middle-aged woman, Mrs. Chandler from James Salter’s short story “Dusk”, is shopping for groceries and peeks out the storefront window. She does not see the real Street but rather visions of her happier past, “a life over”.

two women at the window, one looking forward, the other looking back; Inaccurate Reflections Looking Through Time – and Orner himself, Benny’s Watch and Reader. Such moments fill the pages of Still No Word, linking what Orner reads with what he remembers.

“Writing a memoir without writing about the books I’m reading wouldn’t be accurate,” Orner said. “I wanted to understand the relationship between memory and reading.”

Book lovers stumble: Orner reads widely. His critique celebrates the distinctive beauty, measuring the work by the writer without conflating the two. He wonders what it was like with the telescope story that obsessed Virginia Woolf. Anguish with Primo Levi over his two-wheeled heartbreak before Auschwitz. He admires the “patience” of Gina Perreault’s sentences and the emotional punch of James Alan MacPherson’s dialogue.

This collection follows “Am I Alone Here?” , which was a finalist for the National Book Critics Circle Award in 2016. Several of his earlier pieces appeared in Believer, a magazine recently back in San Francisco.

In 2019, critic Dwight Garner described Orner’s writing as “bottom-lit, like a swimming pool, with a kind of resonant yearning”. He has been compared to Chekhov, Saul Bellow, Alice Monroe and Doris Lessing. He is a three-time recipient of the Pushcart Prize and winner of a Guggenheim Fellowship. However, it remains a literary secret. The New York Times described Orner as the character’s equivalent of the actor, a name that rings bells but isn’t too obvious.

Orner can be difficult to simply classify. His first novel explored doomed relationships amidst the post-colonial fallout in Namibia, where he taught for two years. His story collections feature characters in typical small towns trying to make sense of conflicting memories and missed turns. He writes elsewhere about the Central Valley, Bolinas, and mid-century Chicago. About New Yorker columnists Maeve Brennan, Paul Celan, and Pablo Neruda. He has edited three Voice of Witness oral history collections on social justice in Zimbabwe, Haiti, and undocumented America.

Orner admits to compulsive reading and an unhealthy possession of texts. He laughs at the jumble on the shelf behind him, and sheepishly admits that his library lacks organization. But it does not change. “There’s a kind of excitement in not knowing what you’re going to find,” he says.

Orner’s writing stretches far geographically, but she continually examines memory and how it haunts him.

He writes: “There is no greater imagination on earth than the sin of time.” “Still No Word” returns, again and again, to Chicago and Orner’s exasperated father, “a little tomato-faced volcano in a three-piece suit.” The time he and his father went sailing and got stuck “in irons off the coast of Waukegan.” While visiting him in the hospital, his father’s legs withered to boughs, and dentures sticking out of his mouth on his chest.

Three weeks later, his father dies, Orner is disinherited, and left drugged with color-changing memories. “Words are like ashes. Even in my mind it scatters,” he writes, trying again to capture the fleeting, fleeting moments in language.

No word from you yet: Notes in the margin
Written by Peter Orner
(The Catapult; 320 pages; $26)