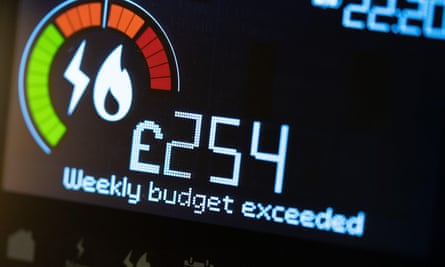 I Remember the first time wind power emerged as a serious competitor in the UK’s energy provision. It was November 6, 2012, and the country’s electricity use from wind reached an all-time high in the middle of the afternoon, at 9.3%. The passing observer did not notice, and the expert was not surprised, but for people between these two poles, it was startling. Then, wind farms were seen as a nascent technology, so kids and speculators needed endless support, intervention, and special advocacy.

To this day, it remains a mystery how the reputation for bona fide shortages sticks to renewables: It can’t all be the result of pressure from the fossil fuel industry. Sometimes, it feels like we don’t want good news.

Last week, for two days in a row, wind power peaked at supplying more than half of the UK’s electricity use. For five months last year, low-carbon electricity sources (solar, wind, hydrogen, and nuclear) accounted for more than 50% of the country’s energy use. Incredibly, the national grid spends hundreds of millions to billions a year to cap power supply, i.e. pay renewable energy suppliers when they generate too much power for the grid to handle.

It’s one victory after another in green energy, but you wouldn’t know it if you looked at our bills, nor at our policy framework in the short and medium term. Prices for power units in the UK are the highest in the world. Without government intervention to cap prices, businesses would already be bankrupt, schools would probably close and people would freeze at home. Jeremy Hunt’s pledge to withdraw the price cap from next April sounds fanciful: sure, the words coming out of his mouth make sense – prices can’t be suspended forever because they won’t be “responsible”. But there is no imaginable reality in which the average family can weather the “unlimited fluctuations in international gas prices” to which he refers.

Meanwhile, research by Nesta, the innovation organization, has shown that if we hit the offshore wind target set by the government’s energy security strategy — 50 gigawatts by 2030 — then on a perfect windy day, that alone would save almost twice as much energy as we do. . Use, before you even take into account the onshore and solar energy. There is a real possibility of cheap, boundless energy, sometimes, with windless days covered, ideally, by nuclear power as an alternative.

The only brake on this bright future is storage, network capacity, and connectivity. Research and investment in ways to store renewable energy sources, as well as viable interchange between us, mainland Europe and the island of Ireland, is urgently needed. It is no longer strange to imagine a time when all the weathers of the Continent could be brought together so that we might profit from each other’s surpluses; And that’s before you factor in hydrogen development, which is hoped to supply 10 gigawatts by 2030. Green energy insiders liken it to the pursuit of a vaccine: This stuff takes a decade when Give them a contract. Larger Urgency sharpens the senses, and can speed up even the most difficult discovery process to a fraction of that.

The repercussions of this abundance are enormous. The promise of going into the 2030s with a net-zero guarantee reshapes every sector and every ambition. Then there are the immediate, tangible effects: households and businesses that can afford their bills; Geopolitics is no longer hostage to tyrannical rulers rich in oil and gas.

So the question is, how have we allowed a sense of hardship and doom to define our energy debate, when we are on the brink of an entirely new future? We are suffering in part from a collapse of trust in institutions and government. It is really hard to imagine constructive, far-sighted decisions coming from an administration whose primary priority is to eradicate anxiety in higher education. Rishi Sunak might even have woken up by mentioning the sounds of cheap, boundless energy.

However, the reason closest to our illness is that advances in renewables are not reflected in our energy prices, which are determined by the price of gas. The UCL report noted that fossil fuels determine the price of electricity most of the time, at much higher levels than green sources make up at least half of the load: so renewables could get cheaper and more efficient, and we won. You don’t feel it in our bills. Energy markets should be divided into clean energy and fossil energy.

Finally, there is the drumbeat of despair that even when inflation subsides, even after the war in Ukraine is over, high energy prices are here to stay. Oil and gas companies, bemoaning the unexpected taxes and green investments required of them, predict high, if less volatile, prices forever. “We need to treat energy as something that isn’t abundant,” Anders Oppedal, CEO of Norwegian state oil producer Equinor, said this week.

The irony is staggering: the fossil fuel industry is putting its troubles on the green investments that are really our only salvation. And conservative politicians and commentators parrot them, with a mixture of lobbyists and lack of imagination, which can be impolite to discriminatory. We will not realize the magnitude and the greatness of the Green Revolution until we treat the vested interests that do not dismiss them with the scepticism they deserve: and we need to internalize them, if we are going to achieve them.